What is a compass deviation card for? 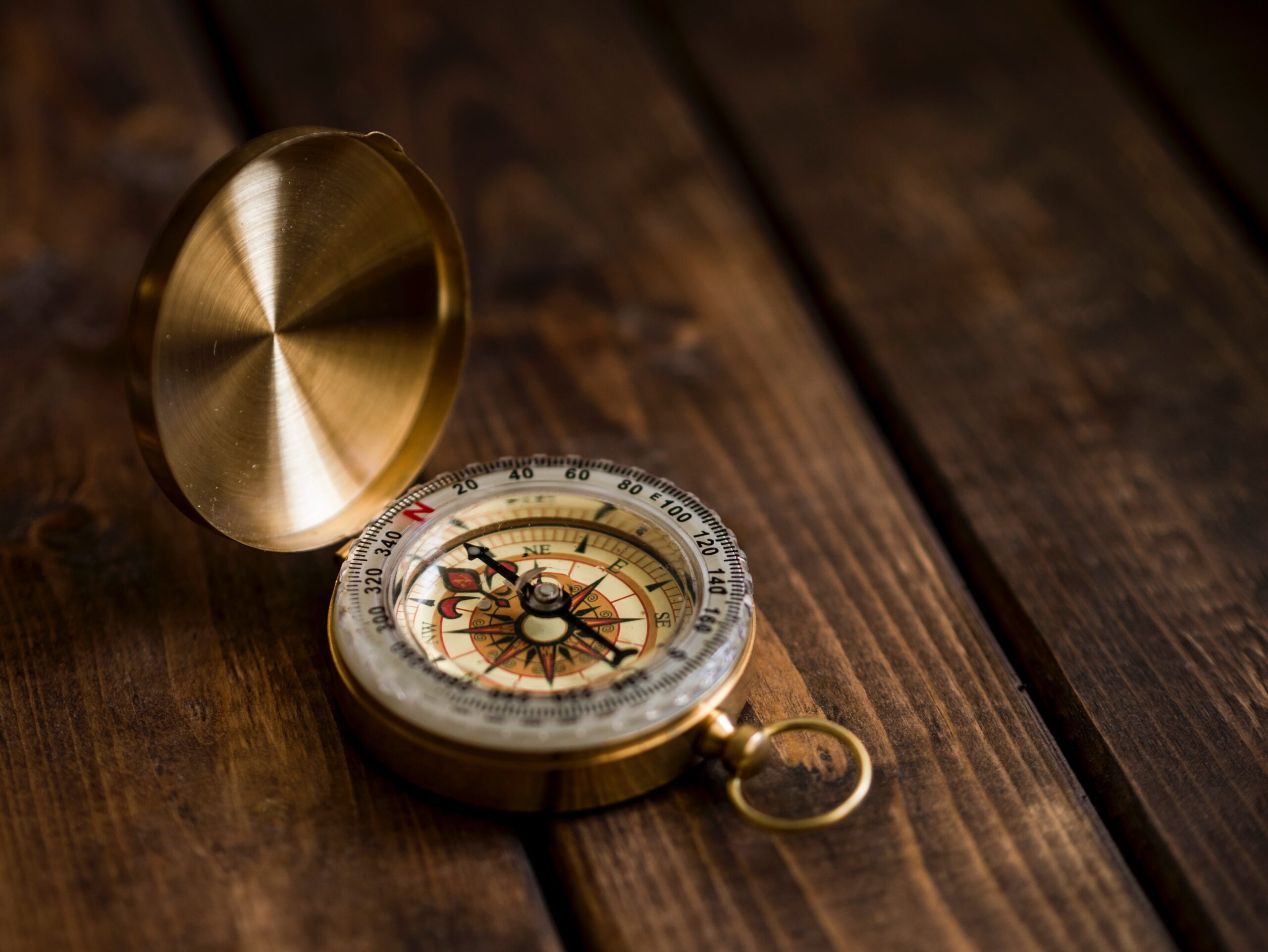 Photo by Aaron Burden on Unsplash

The compass deviation card in your airplane is the little label stuck somewhere near your magnetic compass that tells you about the unresolveable errors that remain between the displayed compass heading and the actual magnetic heading of the airplane.

Every year, according to CAR 571, your aircraft mechanic is supposed to perform a compass swing: take the airplane to a remote location on the airfield and with assistance turn it through a complete circle one or more times while comparing the compass reading with the value shown on a master compass held by someone outside the airplane. Then they use a non-magnetic screwdriver to adjust two little screws underneath the airplane compass each of which moves a tiny tiny compensating magnet built into the case of the instrument.

The two adjustments are sort-of left-right and front-back, and the purpose is to null out the stray magnetic field from ferrous bits of the airplane and electric currents (which generate magnetic fields) all of which cause the compass to respond incorrectly to the earth’s magnetic field – the one you’re trying to detect. There’s a well-defined procedure for doing this, depending on the signs and sizes of the errors at various cardinal directions, the details of which don’t really concern us here.

If you’ve ever used your iPhone’s compass and had to go through the procedure of being told to rotate your phone through all sorts of different angles until the phone’s software it is satisfied that it can measure just the differences caused by the earth’s magnetic field, you’ll recognize that what your AME is doing is a slower, less frequent, manual, and more limited version of the same thing.

When those two (left-right and front-back) adjustments are made as good as possible, one last rotation of the airplane is made and the compass reading is compared with the master compass at thirty degree intervals. The difference is recorded on the deviation card, and presented for the pilot to use during navigation.

This data is telling you, for example, that when the magnetic compass reads 092 degrees, the aircraft is actually facing directly east – a heading of 090.

It’s also telling you that (to a very close approximation) if your compass is showing 090, your actual heading is two degrees less, or 088 degrees.

So what should the pilot do with this information?

Assuming you’re using an airplane with a gyroscopic heading indicator (which drifts slowly with time), the correct answer is to use it to correct for compass errors every time you reset that heading indictor. Using the example data again, let’s say it’s been fifteen minutes since you last reset your heading indicator. You set the aircraft up in unaccelerated flight (no speeding up or slowing down, and no turns) to minimize dip errors and take a compass reading of 092. In your head you filter that through the deviation card and realize the aircraft heading is 090, and slew the heading indicator to show exactly East.

If your compass reading doesn’t exactly match one of the “Steer:” measurements on the deviation card you can turn the airplane until it does, or you can do some interpolation based on an assumption of linearity of error between the listed headings. Would that be exactly correct? No. Will it be good enough? Yes.

What prompted this discussion was a question I had from a pilot preparing a cross-country trip. Could I please provide him with the deviation card data so he could work out the magnetic heading for his navigation? It was his practice, having worked out the correct heading, accounting for drift, magnetic variation, and whatnot, to work out in advance the heading he expected to see on his magnetic compass during the leg, for which purpose he wanted to add in (or subtract) the deviation error. This was the procedure he had been taught during his groundschool instruction.

I submit this is not a good practice. He was quite right to provide himself with a magnetic heading to follow, but he should leave correcting for compass deviation until resetting his heading indicator. And here’s why.

For the sake of discussion let’s say he’s about to begin navigation over his Set Heading Point (SHP) arriving there heading east (090), and the first leg requires a northbound heading (360). Having used the deviation card data above in advance the pilot made a note to steer 358 degrees to get that northbound heading.

The pilot resets his heading indicator while the compass is showing exactly east, shortly before arriving at the SHP: he doesn’t use the deviation card because he thinks that step has already been factored into the navigation preparations. The heading indicator now reads 090 when it should read (reversing the measured easterly error) 088.

Passing the SHP the pilot turns the aircraft to the left. He turns until the Heading Indicator shows 358, following his notes. That’s a 92 degree left turn (090 to 358). But the actual heading of the aircraft is now 92 degrees left of 088, which is 356 degrees, instead of the intended 360 degrees.

Does it make a lot of difference? Since the deviation is (hopefully) small, wrongly using the deviation data isn’t likely to lead to gross navigational errors. But if you’re going to bother using the data (as you should), you might as well use it correctly: don’t figure the correction into your cross country planning, but use it every time you reset your heading indicator during flight, instead.

Why your lizard brain can’t land an airplane
Crosswind takeoffs